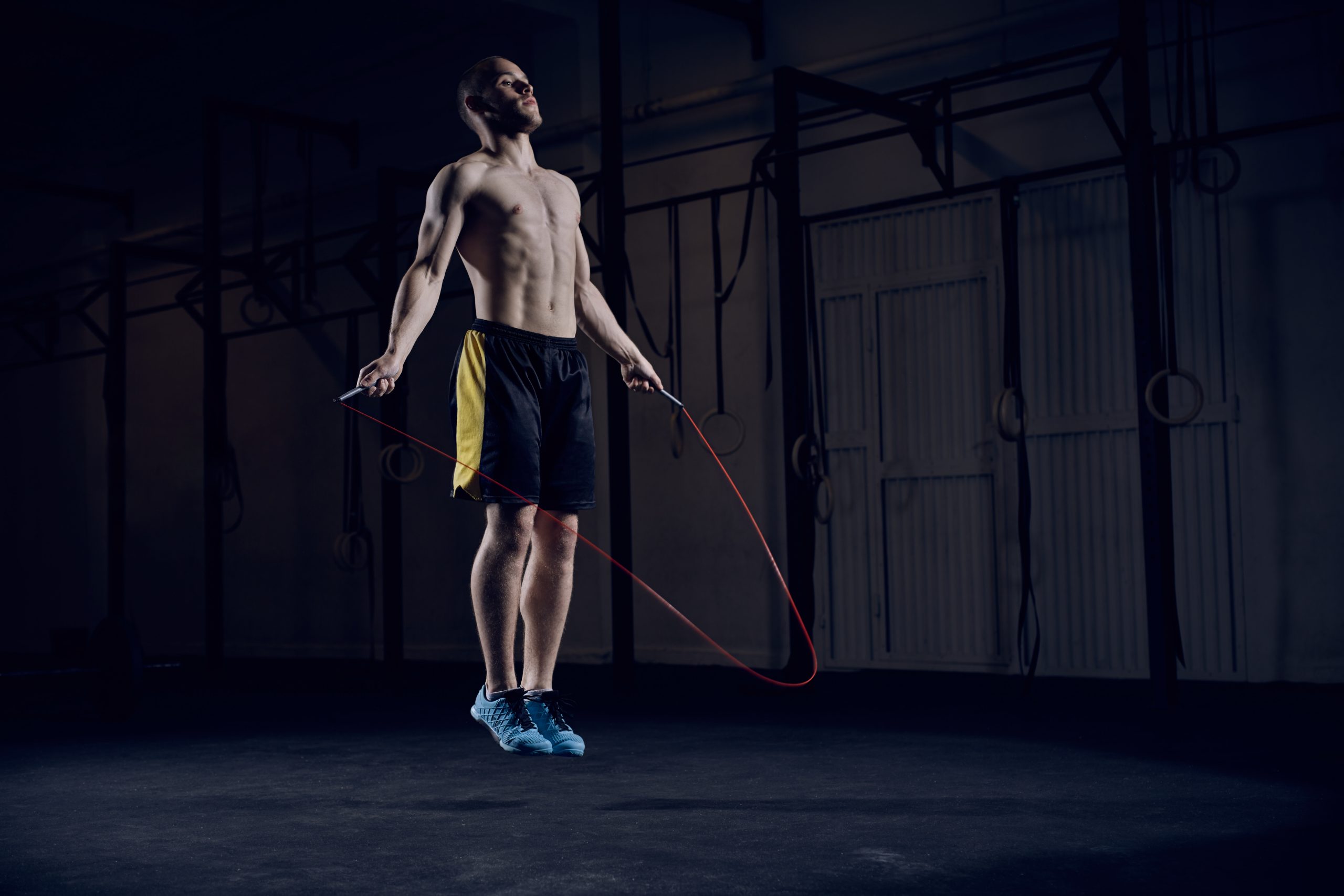 About two years ago, I went on an adventure of a lifetime.

It was the most incredible four weeks of my life. I completely immersed myself in a culture and a sport of tradition that demanded peak physical conditioning and flawless technique. It was something completely new to me, yet it felt like second nature.

Aside from our morning, 10km runs, sparring sessions, bag work and bodyweight training sessions, one of the tools that we most frequently used was the jump rope.

Only Muay Thai fighters don’t use your typical speed ropes (like boxers do).

These guys are on another level. They use heavy jump ropes.

Let me tell you why…

Heavy jump ropes are badass. My first real training experience with them at the Muay Thai camp really opened my eyes to their incredible ruggedness and power.

I loved it so much that I ended up purchasing one before I left Thailand. But the quality wasn’t the best. Two wooden handles and some heavy rubber tubing. They didn’t last long. But what more could you expect for $3?

I took it home and enjoyed it for a full week before it completely fell apart on me. And, as much as I enjoyed them, I kind of forgot about them. I slowly regressed back to my regular speed ropes.

This all changed recently when I got my hands on a completely new jump rope training system – the CrossRope.

With its unique ability to interchange ropes with a patent-pending clip system, I got a chance to play around with heavy ropes again.

And oh boy. I immediately remembered why it was that I fell in love with them.

So what is it about a heavy jump rope that makes it so powerful?

Why would you choose a heavy rope over a speed rope?

Here are a few reasons…

As I mentioned before, the jump rope is an incredible tool for developing speed, balance, coordination, endurance, agility, explosiveness, and overall better proprioception.

But the one limiting factor for a jumping rope is progressive resistance.

If you think of any form of training, there is usually a form of progression in weight. As you progress with barbell exercises, for instance, you’re required to keep adding weight as your body adapts. The same thing goes for kettlebells and even bodyweight training (think weighted vests, hanging weights, etc.).

You stick with the same rope even as your skills and cardiovascular endurance fully develop.

But unlike your traditional jump ropes, heavy ropes offer a completely new set of challenges and benefits. They introduce a new element to the art of skipping, one that is immediately noticeable by those trying it for the first time.

It introduces the element of progressive resistance.

And with this, you can constantly keep your body guessing by constantly changing up the weight.

Work capacity has many definitions, some more general than others, but it simply refers to the workload the human body is able to tolerate and recover from. Once the body adapts to a certain stimulus, the workload (intensity/duration of activity) needs to surpass the “work threshold” for continued success.

A standard jump rope can help beginners increase their work capacity, but once the body adapts to that workload there is no more room for improving work capacity.

For example, think of a beginner – let’s say his name is Joe – who just picked up the jump rope for the first time and is at a poor overall fitness level. His work threshold is very low, so even the simplest jump rope workouts will push his work capacity up. But after a few months, Joe is now doing consecutive double unders. He’s training at the highest of intensities. His work threshold is up. But there is nothing else for him to do with the tool for continued improvement of work capacity.

A heavy jump rope would allow Joe to increase his work capacity by increasing resistance. His next objective, for instance, would be to master double unders with a slightly heavier rope.

By gradually increasing the weight for particular jump rope exercises, you can consistently increase your overall work capacity.

Your standard jump rope is primarily a cardiovascular tool. It strengthens your heart, not so much your muscles.

The increased centrifugal force that is generated by heavy ropes can help you develop solid upper body strength.

I’ve written about this earlier, but I’ll restate some of it here for you.

Power is the rate at which work is performed.

If we follow through with the equations, we get:

So, to increase our power, we have a few variables we can work with.

With a standard jump rope, we only have the option of increasing our acceleration in terms of how quickly we rotate the rope around our body. The faster we rotate the rope, the more power we generate. And there is a limit to this, of course.

What a heavy jump rope does is give you the ability to control another variable: mass.

Increasing the weight of the rope (and then increasing the speed at which you rotate that rope) can help you improve power generation. And there is no limit to how heavy you go (unless you’re the Hulk).

This might be somewhat surprising (and backwards) for some people, but a slightly heavier jump rope might actually be a better option for a beginner.

I’ve found that some beginners like to use cotton ropes when they start off (probably because they’re cheap and don’t hurt when you mess up). But the problem with these ‘lighter’ ropes is that it’s very difficult to ‘feel’ them. You don’t feel as you’re in control of the rope. At the same time, cable ropes are too fast and, once again, also more difficult to control.

A rope that has some weight to it is easier to feel, especially when you’re trying to master the rhythm and timing of certain exercises.

Heavy ropes, as already mentioned, help you quickly build the upper body strength and endurance necessary to skip for longer periods (something many beginner jumpers struggle with).

Heavier jump ropes also help you progress with your variations more quickly. If, for instance, you’re struggling to pull off a high number of consecutive double unders because you lack the strength and endurance, working with heavier ropes can help you hit your numbers more quickly.

Lastly, I’ve found that with heavier ropes your rotating speed is much slower and this usually results in fewer mistakes made. One of the most frustrating things about skipping is that it hurts when you mess up. And even though it might seem like getting whipped with a heavier rope would be more painful, a slower pace means lower chances of mistakes.

Now, you obviously don’t want to grab a heavy 3lb rope when you’re just starting off. That’s a little ambitious. But a rope that weighs around 3-5 ounces will be a better learning tool than a weightless cotton rope.

Note: a standard jump rope is perfectly fine for beginners. It has enough weight to it to feel the rope. Technically, it’s still considered a heavy rope when compared to a cotton rope.

I’ve found that many people are a little intimidated by the heavy jump rope.

Every time I show my CrossRope to people, they’re always a little hesitant to give it a try. I guess there’s just something about skipping with a big fat wire cable that turns people off.

Maybe it’s because it has the words ‘High Intensity’and ‘PAIN’ written all over them.

But the benefits you can get from jumping with heavy ropes far outweigh the temporary learning curve.

I definitely recommend giving them a try. You’ll be pleasantly surprised.

If you guys have any questions about heavy jump rope training, ask them in the comments below. I’d also love to hear your thoughts and experiences with heavy ropes!